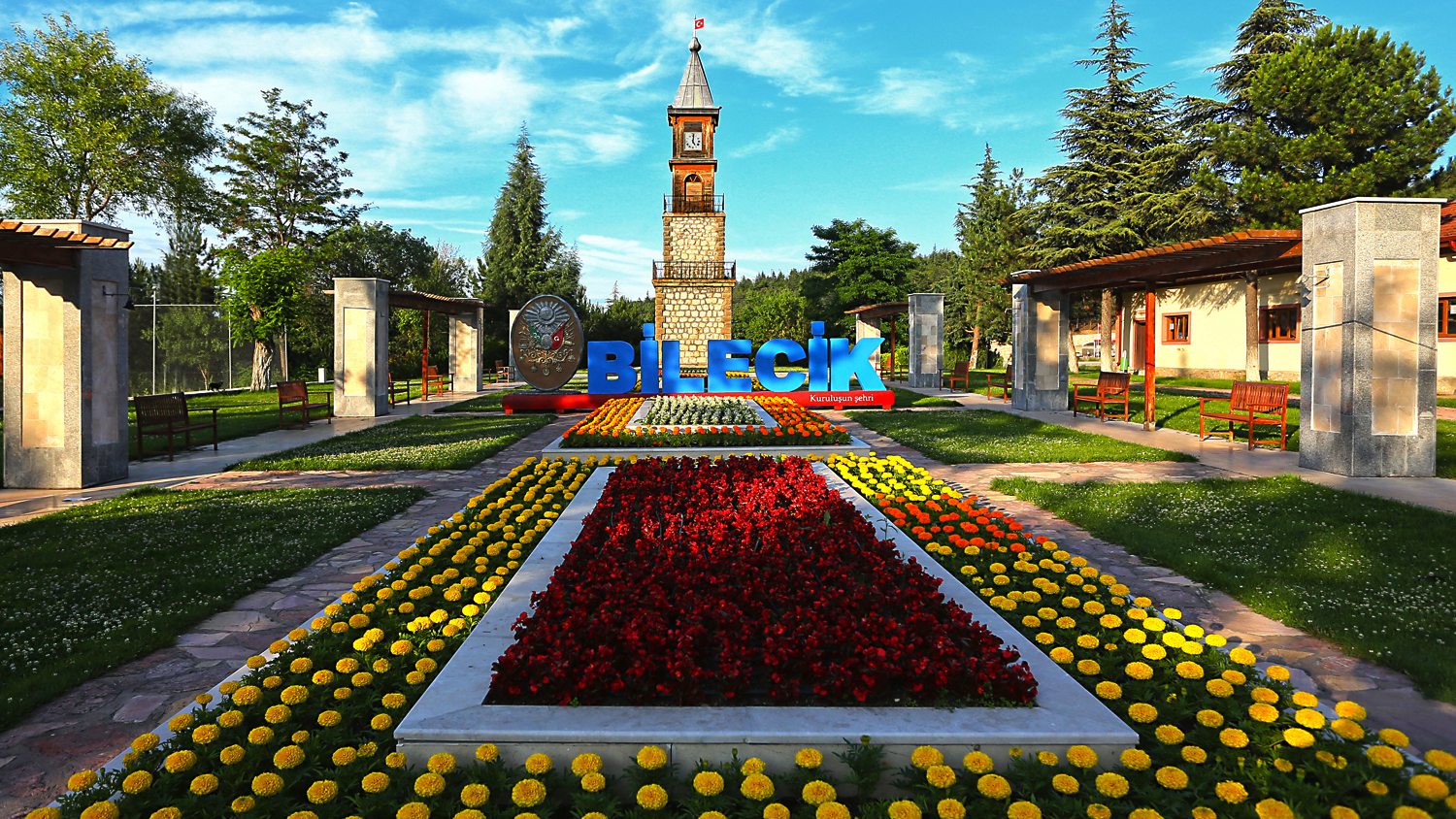 Province of Bilecik is located at the southeast of Marmara Region; at the intersection of Marmara, Black sea, Central Anatolia and Aegean Regions. Bilecik is neighbor to Bolu and Eskisehir on the east, Kütahya on the south, Bursa on the west and Sakarya on the north. Its surface area is 4.321 km². According to the data of ADNKS (address based population registration system), its population has reached 219 420 in 2019. Bilecik, having lands around the Sakarya River, bears the traces from every period of history from ancient ages until today.

The first settlement in Bilecik dates back to 3000 BC. It is known that tin was extracted for bronze making purposes in the periods BC. The ancient known name of the city was ‘Agrillion’; and the city was named as ‘Belekoma’ in the Roman Period. In the following periods, Bilecik was then entered under the dominance of Roman and Byzantium Empires; and had stayed under the rule of Byzantium until the conqurance by the Ottoman and Seljuk Empires. Bilecik has a great importance as the birthplace of the Ottoman Empire. Metristepe located in Bilecik, where the Turkish Army performed the Great Offence, had played an important role during the war of independence. Bilecik was invaded by different sides for a few times, and was greatly damaged. Population and social and economic structure of Bilecik were badly damaged due to the great devotion during the war of independence.

In addition to its developing social and economic structure; Bilecik also has a rich cultural background built up throughout history. The vicinity was founded around Sakarya River and is known with its rich ponds and gulleys. The province has the traces of history from the ancient ages until today. The province of Bilecik played an important role in the foundation of the Republic as well as in the foundation of the Ottoman Empire. Tombs of Ertugrul Ghazi – the first founder of the Ottoman Empire and Sheikh Edebali – the stand-in founder of the Ottoman Empire are in Bilecik. Ertuğrul Ghazi Memorial Day and Söğüt Festivals are held every year in Söğüt, a town of Bilecik. Sheikh Edebali Tomb in the city receives visitors from all over Turkey. Traces of the years of the war of independence can still be seen around Sheikh Edebali Tomb that is the first settlement of Bilecik Province. Bilecik in today is an emerging city of Turkey and the Marmara Region with its developing university; agricultural, stockbreeding and mining potentials, varied industry and cultural & touristic riches.

Bilecik with the altitude of 500 m, micro-climatic zones are observed in Gölpazarı, Osmaneli and Söğüt Districts on the coastlines of Sakarya River. In the province of Bilecik, the total annual rainfall is about 450 kg/m². The highest amounts of rainfall are in January and May. Depending upon these climatic characteristics, agriculture and livestock have an important share in Bilecik. Wheat, legumes, barley, corn, chick pea, bean, sugar beet, sun flower, onion, kidney bean, purslane, carrot, green pepper, tomato, eggplant, lettuce, cucumber and hops are the main agricultural products in Bilecik. Besides, Bilecik is famous with its grape, pomegranate, plum, quince and cherry; there is also performed greenhouse cultivation as part of agricultural activities. Furthermore, livestock fattening and beekeeping are in redevelopment process.

In addition to agriculture and livestock; mining, forestry, leather trade, cutlery, marble, brick, ceramic and wood processing sectors have an important place in the economy of Bilecik. Rich marble quarries in Bilecik make a great contribution to the economy of the province. Especially industrial facilities in the center of Bilecik and Bozüyük District located at the junction of various routes make huge contributions to the development of the province. Bilecik has very rich mining reserves including clay, kaolin and feldspar reserves used in ceramic and glass industries.. The marble (lime stones) called “Bilecik Stone” in Bilecik is very famous. Pink and white porphyries mined in Vezirhan and Kösedere; red, pink and peach colour porphyries mined in Hırtılar and Külümbe and white marbles with black spots mined in Sögüt are among the wanted kinds.

When the manufacturing industry data is analyzed according to technology classification in 2019, the share of medium-high and high technology product classification group in total provincial exports was 7.8%. According to 2018 per capita GDP figures, it is above Turkey’s average with 10,603$.

In the study of the development index of the provinces prepared by our agency, Bilecik was ranked 22nd in 2008 and 19th in 2017.

Considering the number of R&D centers currently operating in our country, it ranks 22nd with 6 R&D centers as of the end of May 2020.

Click here to get information about the investment climate of Bilecik.