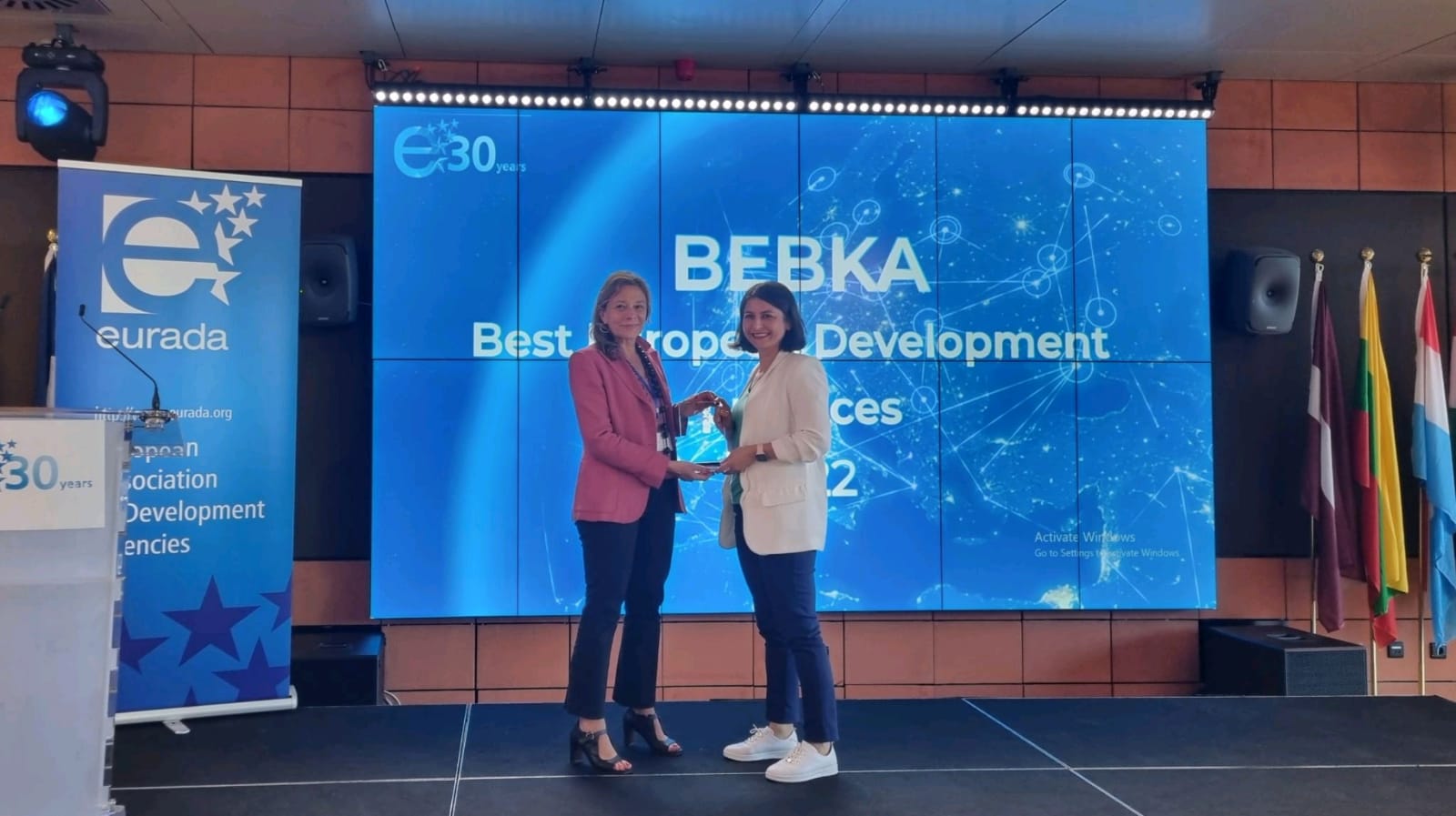 Posted at 10:50h in Haberler by Emrullah Aydın

The award ceremony of EURADA which rewards the work of regional and local development agencies every year, was held in Brussels, the capital of Belgium. Evaluating the projects implemented by development agencies to support the growth and competitiveness of companies in their regions, EURADA representatives deemed Bursa Eskişehir Bilecik Development Agency’s (BEBKA) Industrial Symbiosis Program worthy of the “Best European Development Practice” award of 2022.

‘WE WILL CONTINUE TO PIONEER’
At the ceremony held in Brussels, Belgium, BEBKA Investment Support Office Specialist Nalan Tepe Şençayır received the award from EURADA President Roberta Dall’olio. Noting that they are very proud of the award, BEBKA Secretary General Assoc. Dr. M. Zeki Durak said, “We are very happy that our program, which we have been running in the region for many years, has been deemed worthy of an award by EURADA. BEBKA is an institution that has pioneered industrial symbiosis studies in Turkey. Industrial symbiosis is of particular importance as it is the second regional program implemented in Turkey, and the first among development agencies. Rewarding an inter-sectoral and inter-organizational approach growing internationally is a pleasing development in reaping the fruits of our efforts. We hope that our agency’s experience in this field will set an example for other development agencies and lead other regions. I would like to thank our Agency staff and our stakeholders for their efforts.”

COMPATIBLE WITH GREEN DEAL
BEBKA’s Regional Industrial Symbiosis Program, which was deemed worthy of EURADA’s Best European Development Practice Award, has been carried out meticulously since 2014; while analyzes, events, trainings, feasibilities, study visits abroad and company visits played an important role in winning the award. With 9 projects supported within the scope of the program, 16 thousand tons of waste annually was converted into new or by-products. The fact that the program, which ensures the implementation of the circular economy approach, is compatible with the European Green Deal, also attracted the attention of the jury. With the program, which is about a process in which wastes or by-products from the industrial process become raw materials for someone else, it was aimed to establish long-term partnerships and to enable the opportunity to work in solidarity by increasing both environmental performance and competitiveness.